Ruby Wax’s Frazzled Cafe: Coming to an M&S near you

Marks and Spencer is a firm British favourite, with stores all around the UK serving the chicest bakery section known to mankind.

However, in a welcomed twist to normal proceedings, they have teamed up with the best-selling author and mental health campaigner Ruby Wax to launch the UK’s first ‘Frazzled Café’.

To coincide with her sell-out one woman show and book ‘A Mindfulness Guide for the FRAZZLED’, M&S Cafes have announced that they will be allowing their customers to take a moment out of their frantic schedules to come along to their fortnightly ‘talk-in’ sessions.

Whether you want to share personal stories or just something that’s on your mind that’s troubling you over a nice brew and a sticky bun, the cafes will be a safe, non-judgmental environment for people to unwind across the country. 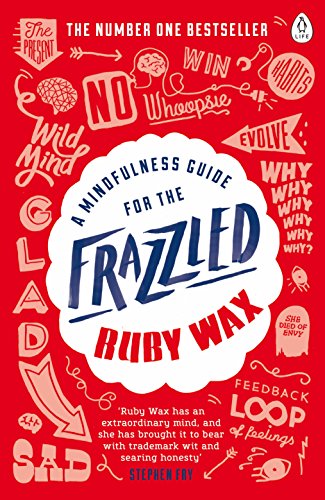 Another bonus to this scheme is that not only is it a not-for-profit organisation, it is soon to be a registered charity under Wax’s name and has plans to expand across the UK throughout the year, after a successful trial last year throughout several stores as part of their Plan A Eco ethical initiative.

Across the country, 11 M&S stores will be hosting Frazzled Café meetings with trained volunteer facilitators, to aid the 25% of Brits who suffer with mental illness and just need to take some time for themselves. Self love and self care is incredibly important to ensure that we can ride through the peaks and troughs of modern day life, and sometimes we just need to sit down, take a break and have a massive slice of cake – and Marks and Spencer Cafes are allowing us to do just that. What a dream, cake and relaxation. YES.

Sacha Berendji, Retail Director at Marks & Spencer, said: “Ruby’s Frazzled Cafe is a simple, pressure-free way of tackling what can be a taboo subject – feeling stressed. We hope that by providing free and calm venues after the café has closed, we can help any members of the community who simply need to talk about things and what’s happening in their lives.”

Not only does she have ICONIC hair and hilarious wit, Ruby Wax is a consistent, devoted and motivated mental health campaigner, and has obtained a Master’s Degree in Mindfulness-based Cognitive Therapy from Oxford University. (Clearly NOT just a pretty face.) She’s also been awarded an OBE for her services to mental health as a leading speaker on the topic.

Her work with M&S Cafes is something that she’s really excited for and has said, ‘It’s special to get a company like M&S on-board. I’m grateful for the set – up support they’ve given us and access to their café network is a huge boost’.

We need to make sure that we are always striving for our best, and realising when we might need help getting there, and the M&S Frazzled Café’s are not only a great way to begin this process, but also a way to normalise conversation about mental health in the UK – something which is still a major taboo subject for a lot of people.

In the UK we spend roughly the entire National Health budget on mental health services, and Ruby Wax herself has come across thousands of people who wanted to let their feelings out and share their thoughts during her sellout book tour for A Mindfulness Guide for the Frazzled and Sane New World.

To sign-up to the Frazzled Cafe mailing list and find out more about the roll-out schedule or to register to attend a Frazzled Cafe please visit www.frazzledcafe.org.

Ruby Wax: Frazzled, her sell-out one-woman show, will be at Leicester Square Theatre in London for a month from 30th May-24th June 2017.  For further details visit www.rubywax.net/tour