Every year, Pantone bestows the honour of ‘Colour of the Year‘ on the chosen one, and this year it’s the turn of ‘Greenery’ (or 15-0343, to be precise). Pantone describes this as a fresh zesty yellow green.

Green is a positive colour. Research also shows that green is such a positive colour that it sparks inventiveness, which is why we find nature to be so inspiring. And according to several worldwide studies, green is also the world’s second favourite colour (after blue, in case you’re wondering).

Yet when it comes to the home we are still wary of vibrant colours like green.

Well, 2017 is not the year of plain. With such a fresh and inviting green tone taking the spotlight, why not add it to your home in a way that’s simple and easy? And if in 6 months’ time Greenery has got you feeling blue, it’s not too expensive to change again…

Let’s start off easy here. If you don’t want to commit to Greenery forever, then you don’t have to!

Cushions are a nice easy way to bring a colour into the home. Aptly green is everywhere in soft furnishings this season, the high street has got our backs. From rich chartreuse at Next, soft greens at H&M, and a bright lime at Zara.

For less than a sandwich at Pret, you can bring greenery into the heart of your home. 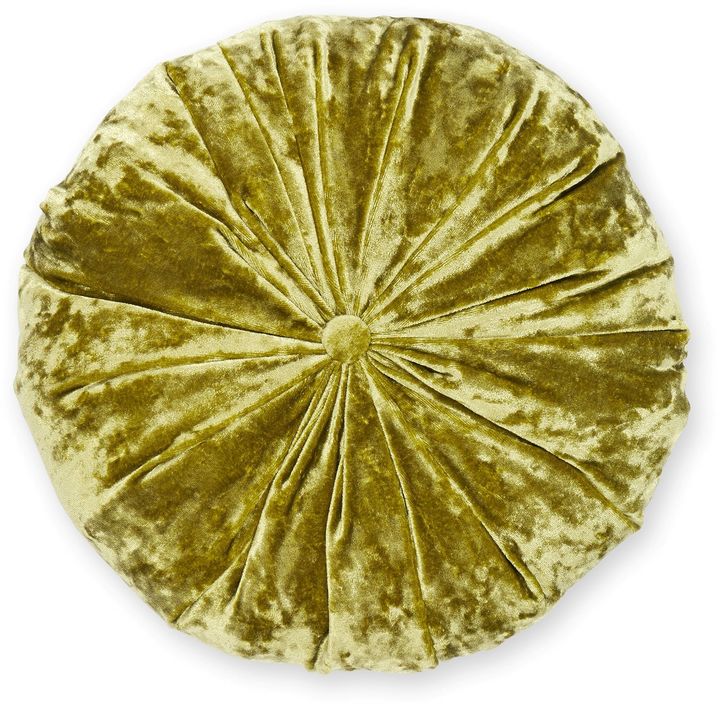 Okay, we’ve gone a bit Linda Barker here. However, apart form the hanging teapot shelf disaster of Changing Rooms, Linda has had some great ideas, and the feature wall is one of them.

A feature wall is a nice easy way to bring greenery into the home, and it wont take long either. Grab a pot of paint from your local hardware store and get painting, it couldn’t be easier.

If painting’s not an option – let’s face it, most of us have a landlord to answer to – then why not try a temporary wallpaper? Made of vinyl, peel off the backing and stick it up. When you want to change it or are moving out, just peel it off! 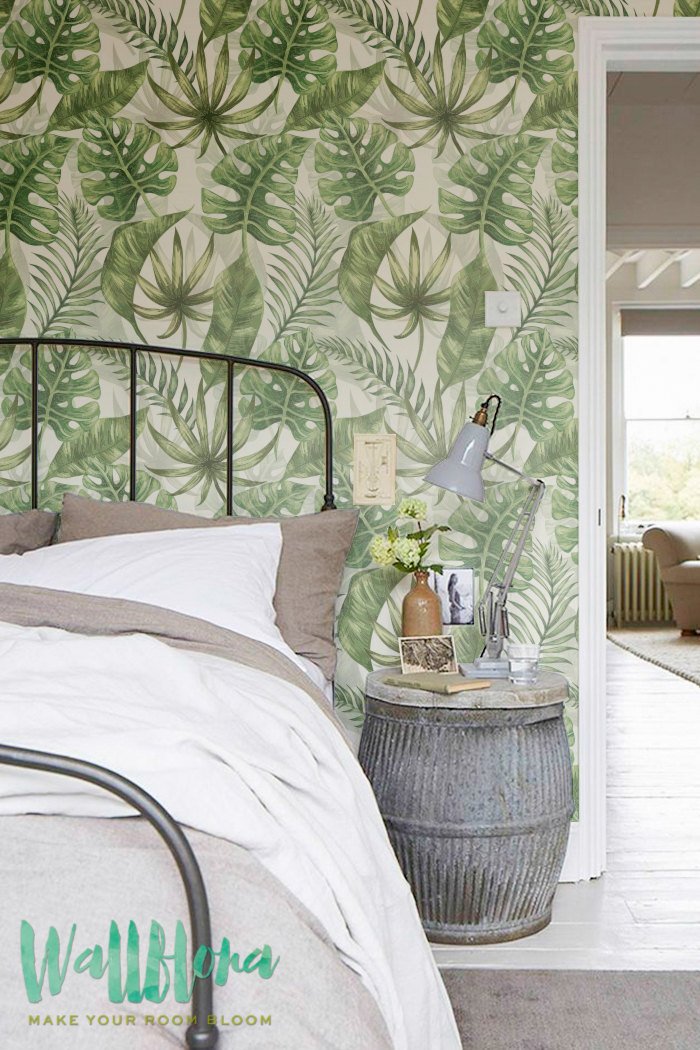 No brainwave here, but why not have some actual physical greenery in your home by way of plants? Keeping plants not only brightens rooms but also helps improve the energy of a home.

Not feeling up to actual plants (or maybe you kill your plants like Drew Barrymore in Music and Lyrics – which is a hugely underrated film FYI)? Good news: The fake plant market is booming. With places from Ikea to Wilko now stocking realistic plastic plants, you can’t go wrong! Warning: cliché coming up. But you can bring the outside in with wall art.

Who doesn’t want some of England’s finest rolling hills or woodland views on their wall? This is such an easy way to bring greenery into the home.

Feeling inspired? Grab your phone and get outdoors. With sites like Photobox and Snapfish offering convenient and reasonably priced prints, you can easily make your own wall art.

But don’t worry if there are only selfies and pictures of your cat on your phone because there are loads of reasonably priced pieces of art on the high street. Check out places like Next & Dunhelm Mill to bring that bit of green Eden into your home.

So if 2017 has got you feeling blue so far, then why not try going green this year instead?